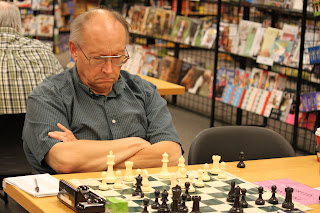 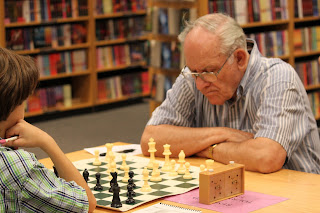 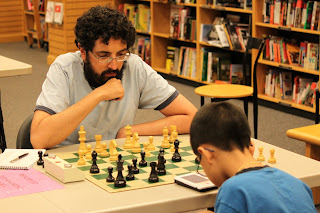 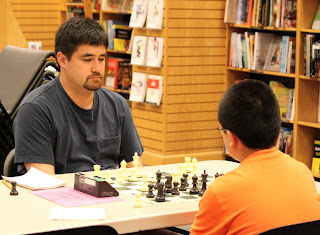 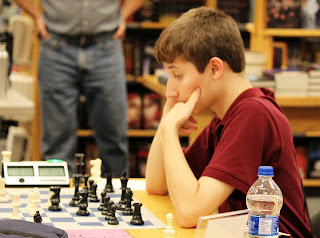 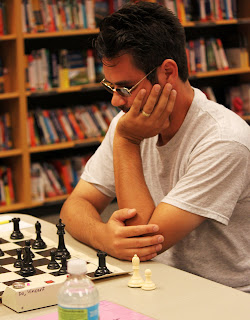 ... a regular-rated USCF-sanctioned tournament was held today in DeKalb, Illinois!

With the wacky name of "Last Sunday in the Cornfields" the tournament was a seeming success with no injuries and no fatalities, other than a few fallen kings.

In a dramatic upset, whiz kid Steven Do, a precocious sixth-grader, managed to pull out the top spot with 3.5 out of four possible points. Andrew Wang, the top-rated member of DeKalb Chess Club took second (3.0/4) thanks to a complex and super secret tie-breaking algorithm, eclipsing the DeKalb club's youngest member, Nathanael Kozinski (3.0/4). Nathan managed to deny Steven's quest for perfection with an opening round draw.

Thanks to the support of Julie at Borders and other local merchants, more than 100% of all entry fees were returned in chess materials and gift certificates. We hope to repeat this ROI September 26 with Last Sunday in the Cornfields II!

Note: Most likely the time control for that event will be changed to three rounds of Game 40.

A huge thanks to Keith Ammann of Route 20 Chess Club for saving the day when my laptop decided to respect the Sunday sabbath. (Until today, I had thought it was a Jewish laptop with a Saturday sabbath. I guess I should have checked the religious setting under Windows).

And we'd also like to repeat our thanks to Borders and its wonderful staff for their hospitality. Those mid-tournament snacks really hit the spot!
at 10:00 PM 5 comments: